French Time Trial Championships – Jérome Coppel «At the finish, I could not believe I had won; I thought I was second behind Sylvain Chavanel» 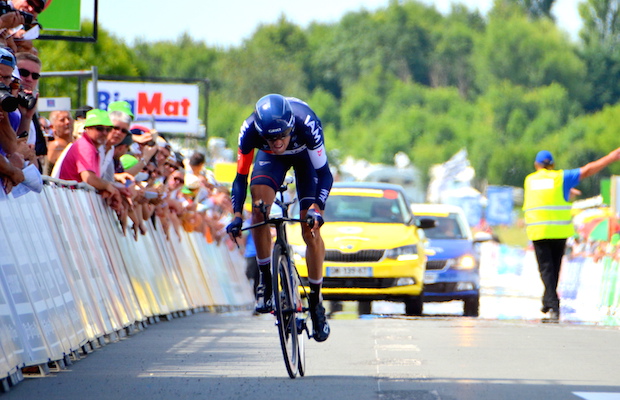 In the Vendée heat, there was no mirage, but rather a beautiful reality.  At the time trial championships of France, the IAM Cycling team again performed very well.  Though Sylvain Chavanel did not manage to win a seventh title, Jérôme Coppel, who already proved he was in great shape by producing a fantastic result in the final time trial of the Tour of Switzerland last week, improved upon his efforts there by climbing up to the top step of the podium on Thursday.  Coppel won by three seconds ahead of Stéphane Rossetto (Cofidis) and Sylvain Chavanel by seven seconds. 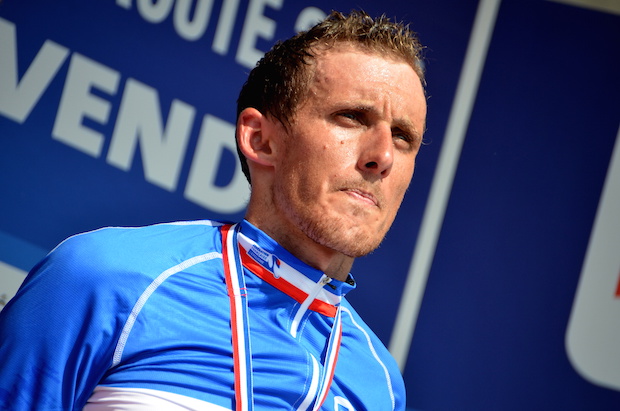 The French national anthem resonated in Chantonnay. Jérome Coppel, with his newly acquired medal, was able to talk about his ride, though with a voice charged with emotion.  As far as Im concerned, Sylvain Chavanel is the best in France against the clock.  When I crossed the line, I knew I had a good time, but I honestly could not believe it.  I thought I was second behind Chava.  And then there was suddenly a rush of emotions.  During the national anthem, I thought of my friend, Arnaud Coyot because he believed in me.  I was even thinking of him during the time trial.  He was able to help me, and its also thanks to him that Im here.  This is my first title as a pro, so I am super happy.  Since joining IAM Cycling, I have changed my mindset.  Now I definitely want to try to win stages and to work for my leader, Mathias Frank.  Going for the general classification is over for me.  At IAM Cycling, I can work with great racers who have tons of experience like Chava, and who give good advice.  The directeur sportifs are all great also and experienced, which is very important.

listen to AUDIO on audioBoom

Now, the new time trial champion of France is looking toward new goals, most immediately the road race title.  Sunday, we have a chance and a card to play, Coppel explained.  Four from the team will participate; well be missing some numbers, but well ride as a team.  The last time that Sylvain was not the time trial champion of France, he made up for it by being the road champion. 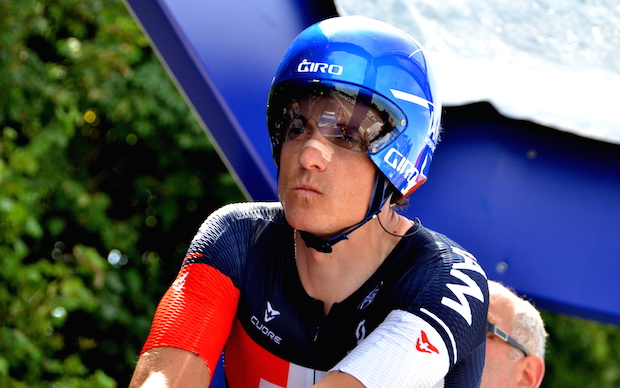 Sylvain Chavanel, who was third by the finish line at Chantonnay, was sincere when explaining his result, which in the end was still a very good performance.  I felt from the beginning that I was not on an exceptional day, the six time champion of France said.  I started well, but by the finish, I was seven seconds behind.  And that was good enough for third.  Im very happy for Jérome after all the problems he had.  But I am disappointed because I did want a seventh title.  My strength is in moving forward; tomorrow I will have turned the page. 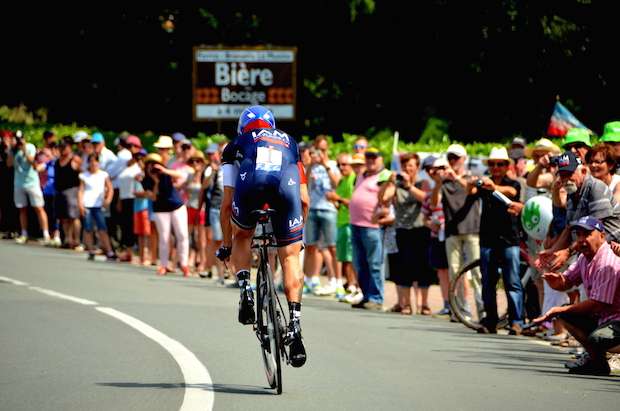