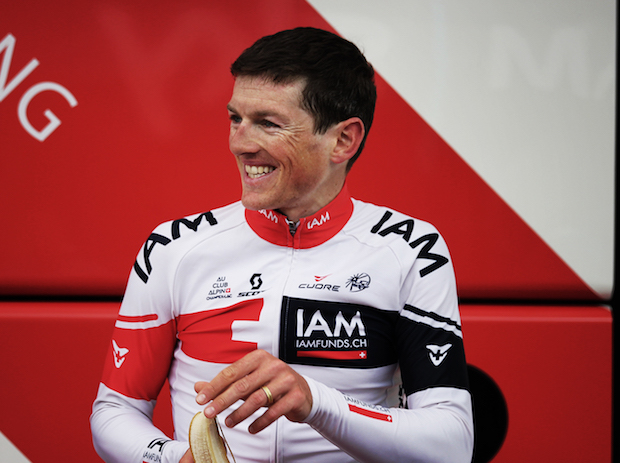 This was a good test for the Tour of Switzerland, Mathias Frank commented after taking 3rd place in Saturdays stage of the Tour de Luxembourg. We wanted to make the race hard today, and we certainly succeeded. So far, I have not made any great efforts in this event because I didnt want to take any unnecessary risks in the prologue or the initial stages. My goal from the beginning was to try something in one of the hard stages. I am satisfied with todays performance. I wasnt prepared to risk anything in the technical final descent today, so this third place is completely fine. And I am certainly planning on trying something in tomorrows stage again. The legs are good, and it offers yet another test for my form, even if tomorrows final climb is only about half as long as todays

Our goal today was to influence the race, explained Thierry Marichal, who along with Rubens Bertogliati is acting as a directeur sportif in Luxembourg. The stage Saturday was very demanding; especially the last 25 kilometers on the final circuit were very difficult. Initially, we were represented by Matthias Brändle in the breakaway for the day, so we didnt have any pressure to contribute to the chase. The group worked well together, and remained out in front until the final lap of the course, before the attacks started to come from the main field. When we came to the last time up the 1.5 kilometer long Côte de l’Europe, Mathias Frank also attacked and he was able to gain some daylight. After a very technical descent, he was able to take 3rd in the final sprint to the line. This has been perfect preparation for him with regards to the upcoming Tour de Suisse.

The weather certainly played a major role in the third stage. Even before the start of the stage, the route had to be changed slightly on account of a landslide. And then during the stage, the riders were accosted with heavy rainfall on a regular basis.

On Sunday, the Skoda Tour de Luxembourg will feature a 178.2 km long stage from Mersch to Luxembourg City to finish off the event. The final will take place at the end of the Pabeierbierg, which is an 825 meter long climb in Luxembourg that boasts ramps up to 14%, and will be scaled five times in the course of the stage. For the final day, we intend to have a similar game plan as today. It is certainly important to have someone in the breakaway group, and then on the demanding finishing circuit, Mathias Frank will have another chance to test his legs, Marichal confirmed.