Tour de France – Stage 16 – Jarlinson Pantano – I really gave everything I could to get the victory, but this 3rd place is pretty close – 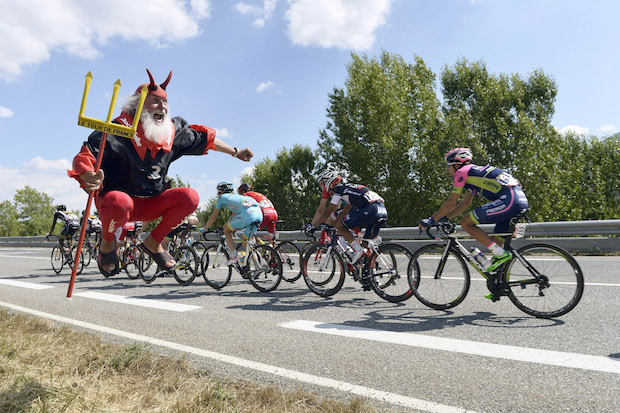 Jarlinson Pantano has had a pretty good run of strong performances in the Tour de France.  Having joined the days main break for the third day in a row, the 26 year old Colombian grabbed IAM Cycling their first podium in 2015 Tour de France.  Having taken third place behind Ruben Plaza (Lampre-Merida), the solo victor, and Peter Sagan (Tinkoff-Saxo) in second, Pantano used his head and his legs to keep up an amazing average speed of 44.639 km/h in super-hot conditions again.  As a bonus, gaining more than 18 minutes on the main peloton gave him a big jump on the general classification, fast-forwarding to 16th place 1704 behind Chris Froome.  The current yallow jersey was never in danger of losing his position even if Vincenzo Nibali did manage to take a handful of seconds in this tricky final. 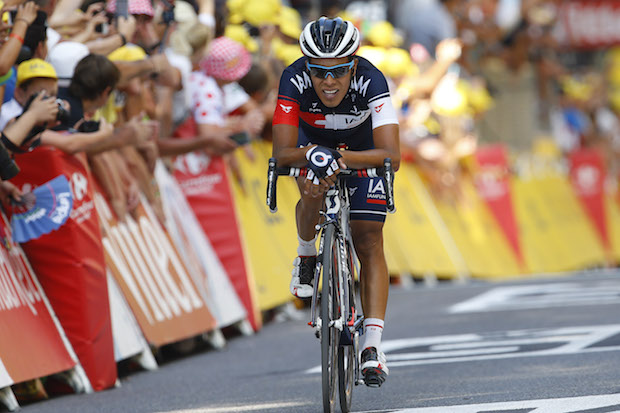 Pantano was surrounded by his proud countrymen and Colombian journalists at the finish line, and he was thrilled with his day.  I really gave everything I could to play for the win, but this is third place is pretty close.   I was only missing a few strokes to find the strength to accompany the main attackers up the final climb.  I found myself in the right wave of riders to breakaway by chance, and then we had to work to form a more consistent group on the road.  Luckily the pack was not interested in us.  So we could manage our pace and reserve some strength for the difficult final.”

“Everything went well on the downhill and I really dug hard to try and get back on terms with the guy in the front.  But it was impossible.  Now I will try to recover as well as possible on the rest day since crossing the Alps will be anything but simple.   My sensations have been good from the start, and I keep hoping that I will be able to help Mathias Frank in the coming stages. 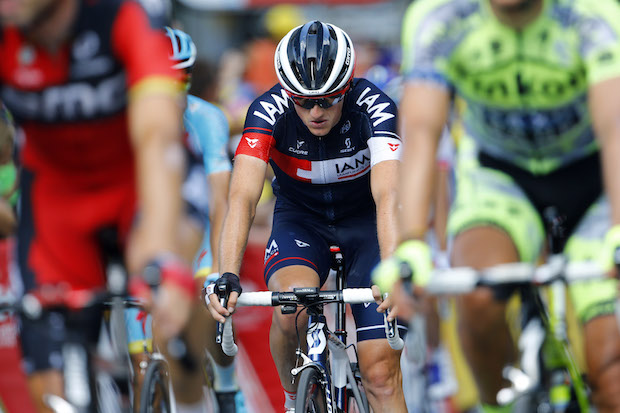 Mathias Frank as well was not overly disappointed with his day when he was trying to recover from his efforts in front of the IAM Cycling team bus.  It was very hot today.  And even if we werent racing like it was a team time trial, we were still going at a pretty good clip.  Personally, I am just missing that something extra to keep up with the absolute best.  I dont know why.  Ive plateaued and I can no longer follow.  I lost a small minute, but it is already too much time.  I hope that seeing my family during the rest day will give me the necessary strength I need to achieve something great in one of the stages in the Alps.  Again, I am feeling pretty good.  So I remain hopeful that I can be among the best at least once before the end.