Tour de France – Stage 10 – Jérôme Coppel – As the day after a rest day, ridden in this heat, with a final huge climb at the end, it was obvious that this stage was going to do some damage – 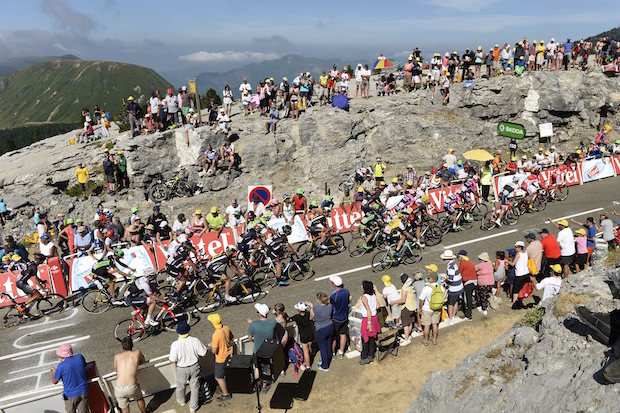 Judging by the difficulty of the summit at La Pierre-Saint-Martin, the first mountain stage has not given birth to a mouse.  Already having been in the yellow jersey since Sunday, Chris Froome, (Sky) once again had the luxury of using his teammates on the climb until he was able to make his move and solo to the victory.  Sky didnt stop there since they also took the 2nd place on the stage with Richie Porte while Geraint Thomas finished 6th.  Quintana (Movistar), Contador (Tinkoff-Saxo), and Nibali (Astana) all lost big time and will have to redouble their efforts in the coming stages in order to have any hope of restoring a semblance of suspense to the outcome. 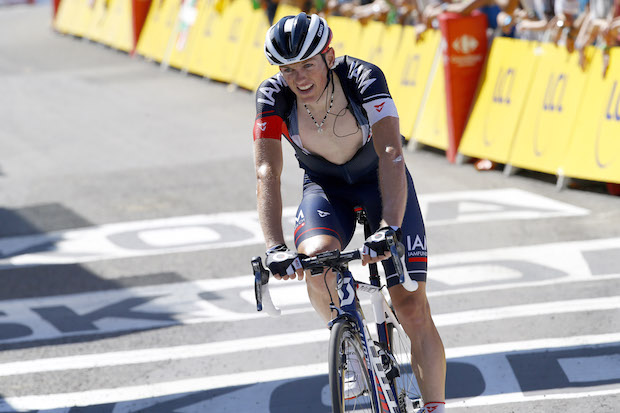 Faced with this demonstration of strength by the British team, the IAM Cycling team managed to limit its own losses.  Mathias Frank finished in 23rd place, 444 behind the winner and among a group of riders that included other pretenders such as Nibali and Ten Dams.  This result moved him up the leader board to 15th place, while the Swiss team was able to climb up to 8th place in the team classification. 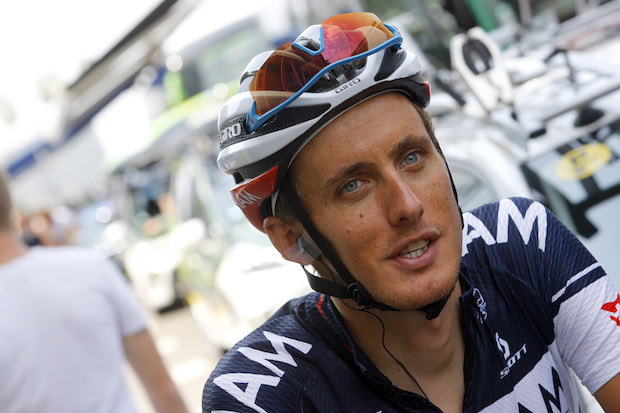 Jérôme Coppel came away from the day in an honest 27th place, 546 behind, and took care to emphasize the decisive elements of this stage.  Since this was the first day after a rest day, and ridden in this heat, with a final huge climb at the end, it was obvious that this stage was going to do some damage.   We still managed to get all our cards in the game.   I managed to climb with Mathias Frank to the foot of the last climb to help him to avoid going into the red too soon, and then I just got into my rhythm.”

“But I still struggled because it was not easy.  I took the climb steadily, and I am confident that I will continue to get better with each stage.   Today was our first real climb of the Tour, but everything is up in the air with the next two stages.  There will be even more climbs to scale before reaching the finale, which could lead to attacks. 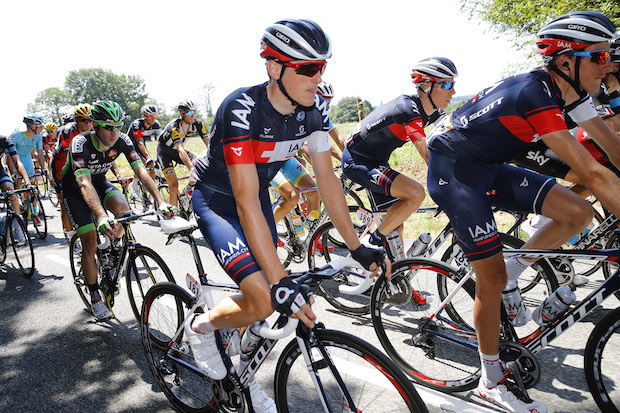 Recovering from his efforts with an ice water bath, Mathias Frank was a little disappointed not to have been able to hold Chris Froomes wheel a little longer.  After the rest day, I had some difficulties adjusting to the heat and finding a good rhythm again.  In addition to that, this really isnt the type of summit finish that I like.”

“I broke down fairly quickly before staying with Nibali and Mollema.  But I was on the limit all the time, and in the end I lost some seconds to them too.  I hope that the next stages with multiple ascents throughout will allow me to regain my pedal stroke.