IAM Cycling came through on its promise to be among the contenders in Poland.  After already having celebrated two stage wins from Matteo Pelucchi, now it is the turn of Sébastien Reichenbach to reach the podium.  Though he didnt reach the top step, which was snagged first by Bart de Clercq (Lotto Soudal) at the finish of the fifth stage, Reichenbach did secure an impressive third place just a few seconds behind.  The Swiss rider performed with panache throughout the stage, and as a result has moved up high in the overall classification, sitting in sixth place just nine seconds behind de Clercq, who is also the new leader in the GC. 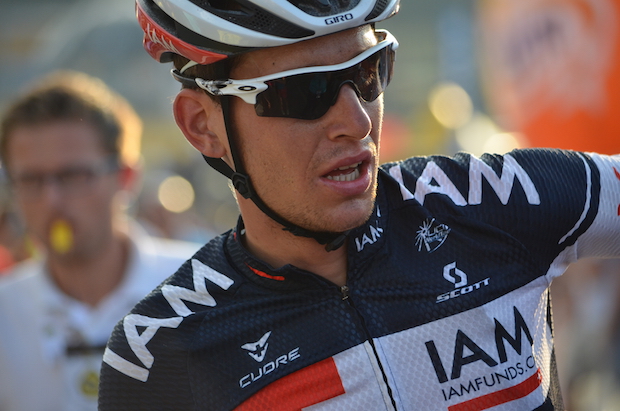 At 223 kilometers, this was the longest stage of the Tour of Poland, and perhaps the hardest.  With no fewer than eight categorized climbs, you had to have good legs to be among the best.  And Sébastien Reichenbach proved that he indeed did have them.  It was the first really difficult stage of the Tour of Poland, Reichenbach confirmed.  The day was long, and there was a lot of elevation change, and then a very tiring final circuit.  There was hardly a flat meter the entire time, with either false flats where the pack pushed a very fast pace, or else on the last climb, for example, which was tough enough and had a gradual rise.”

“At the start of the day, I didnt have a good idea of how I really felt.  It was complicated because there was a strange rhythm, and it was hard to get a clear reading on how my legs would respond.  But then in the final, I felt very comfortable, and I tried to go all out, though I wasnt really thinking about my ranking.  In my head, I told myself that I had to win this stage.  I think we were only missing one or two kilometers to get back to and overtake the eventual winner.  Now we will have to recover well in order to be in good position to do well again tomorrow.  I hope definitely for a top-10 in the overall standings.

Now the objectives for the Swiss team are crystal clear.  After having come through with two stage wins earlier in the week, a place in the top-10 would be another excellent result for IAM Cycling.  What Sébastien Reichenbach did is fantastic, both for the team and for himself, Rubens Bertogliati said.  I think we worked well.  Those who would be in competition for the overall were at the front and Sébastien was right there with them.  From tomorrow, we basically have to defend our position on the general classification.  Given the parcours we will face, I am sure he can do so.  After Saturday there will be a time trial, and that is where he can make his move to join the top-5 or perhaps stay in the top-10. 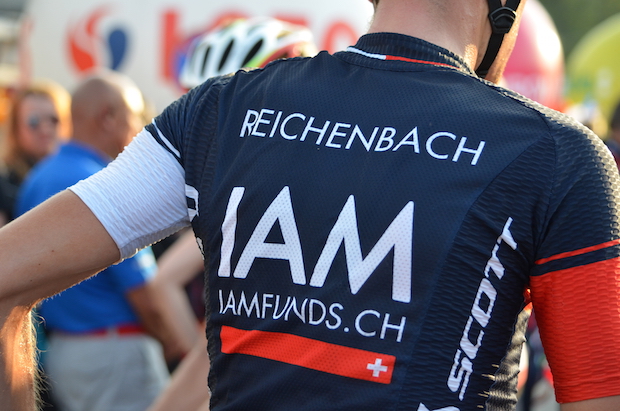