Anyone who thought that a race in Poland would be exclusively for the sprinters would have been quite surprised today.  Having already endured a hilly stage the day before, the climbers from the peloton had yet another chance to show off their strengths in Fridays stage that traced a circuit around the area of Bukowina.  With a parcours not too dissimilar from a Liège-Bastogne-Liège, many of the riders were surprised by how difficult the day turned out to be.  Indeed, it was on a climb that had grades tipping the 20% mark that Sergio Luis Henao (Team Sky) found the strength to be able to accelerate and drop his leading companions, and then held his advantage to the finish line.  The Colombian rider crossed the line eight seconds ahead of Diego Ulissi (Lampre Merida), again in second place, and Lawson Craddock (Giant Alpecin). 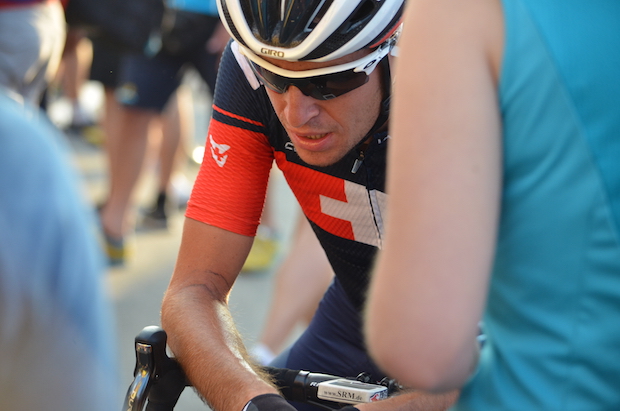 The Swiss IAM Cycling team was completely devoted to their leader Sébastien Reichenbach.  With Matteo Pelucchi having withdrawn from the race, having endured some of the hardest moments, the Swiss team could then focus entirely on their leader for the overall.  Though Reichenbach dropped a bit of time and fell back to 12th place in the overall, 108 behind Henao, the work that the team accomplished for him was at the very least quite remarkable. 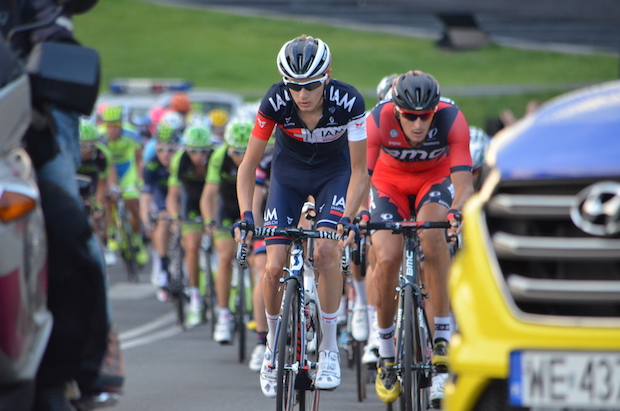 Clément Chevrier, in spite of being among the youngest on the team, has found his place within this Swiss organization.  Just 23 years old, he has already proved to be essential support for his teammates.  And even on such a difficult stage, the young rider from France was able to distinguish himself at the front of the pack. We knew it was going to be a difficult day, and we knew that from the very beginning, Chevrier, who is in his first year as a pro, explained.  But it often depends on the first breakaway.  In this case, there was no first breakaway.  It was flying from very early on, and if you werent on top of things, you were out the back.  After about 20 or 30 kilometers, the peloton was already cut in half.   When we began the circuits, there were maybe 50 riders in the main group, and our goal was to survive and stay to help Sébastien Reichenbach for as long as possible.”

“In the last lap, Larry Warbasse, Stefan Denifl and I were there to help place our leader, and do whatever he needed, no questions asked.  Since the Giro, I feel I have turned a corner, especially in terms of my ability to recover.  I was physically tired after the first three days of staying on the front and driving the pace for Matteo Pelucchi, but then we were mentally pumped up because all our efforts were rewarded with victories.  I needed maybe one or two stages to recover a little, and today I have felt much better.  Anyway, my goal was not to ride for myself, but to be able to help my team leader as much as possible, and that is what I was able to do better this time.

Rubens Bertogliati and Marcello Albasini, the directors on hand for the team here in Poland, on the whole felt positive about what the team has accomplished, and even perhaps reserve a twinkle of optimism for what can still be expected.  Todays stage had a profile that was similar to a true classic, Rubens Bertogliati confirmed.  It was really hard for us to stay with the guys who were targeting the general classification, but we did the best we possibly could.  Despite dropping to 12th with Sébastien Reichenbach, we have not lost sight of a place in the top-10.  Everything will depend on his performance during tomorrows time trial, but then again, it will also hinge on how his opponents fare.