The risks of monetary normalisation

The longest recession after the Second World War, generated by the financial crisis of 2008-2009, has led to massive reactions in monetary policies, especially in the US and the Eurozone. Interest rates were drastically reduced in order to avoid contraction in the credit activity. However those traditional actions in monetary policy were not enough. Other means had to be put in place, in order to manage liquidity problems of financial markets. Central banks therefore bought massive actives.

With the recovery of economic activity, these policies have no to be tightened in order to avoid bubbles, notably in the real estate market. But this monetary tightening has to be done with great care in order to avoid brutal market corrections: disconnect of currencies and massive rise in interest rates in the emerging markets, bond crash, fall in equity markets or slowdown in worldwide activity. The task at hand is hence delicate for Mrs Yellen and Mr Draghi. 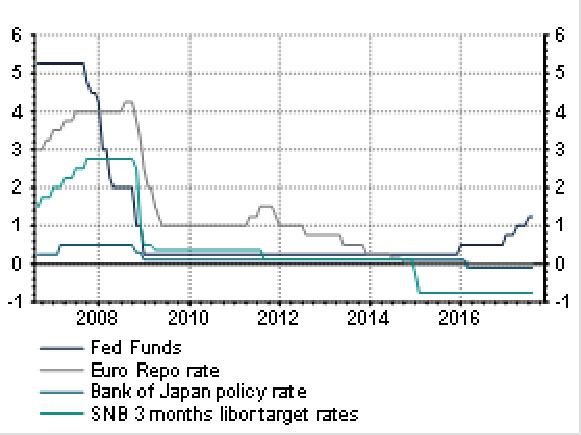