Critérium du Dauphiné – Stage 7 – Marcel Wyss «The stage was very fast, but it is good preparation for the Tour» 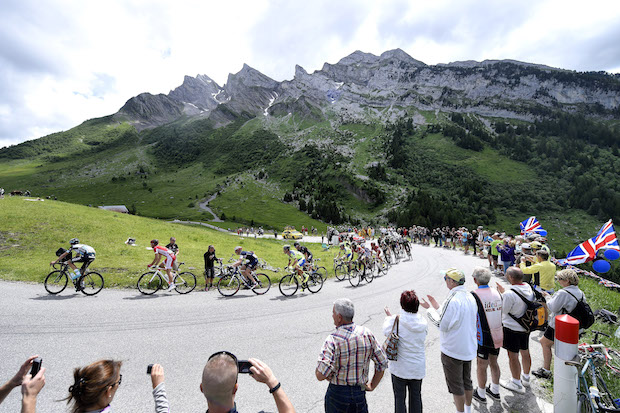 With Mont Blanc in focus, Chris Froome (Sky) seemed to grow wings.  Froome, who is accustomed to the high plains of Kenya, flew to the stage victory, dropping Tejay Van Garderen (BMC) 1.5km from the line.  But the American did find some solace in his second place, since it meant that he could resume he stint in the yellow jersey as the leader of the race, something he had lost barely 24 hours earlier. On this penultimate day of racing in the Haute Savoy, the IAM Cycling team also endured its fair share of mishaps.  After Mathias Frank was forced to abandon due to illness, the Swiss team was well represented by Marcel Wyss at the front of the race.  Wyss fought tooth and nail to the end, and finished the day barely three minutes behind the winner.

Wyss was determined to do well.  After having suffered in the terrible weather that thrashed the peloton the day before, the 28 year old rider was keen to show what he was really capable of doing in the high mountains.  The combination of motivation and the terrain suited him, so he was easily capable of slipping into the breakaway along with his teammate Jarlinson Pantano.  Though he had been in the break the entire day, he was still able to hang among the best during the final climb, hitting the line even before Vicenzo Nibali, proving that IAM Cycling could certainly count on Marcel Wyss.  In the end, I have mixed emotions about this stage, Wyss said.  I tried and I took a great opportunity, but there were just stronger riders ahead of me.  The peloton swept me up with about four kilometers to go to the line, and I was at my limit.  I had already made a big effort to go in the break.  But I still feel better today than I have on other days, and that gives me a bit of morale.  The racing is still so fast, but from that point of view, it is excellent preparation for the Tour. 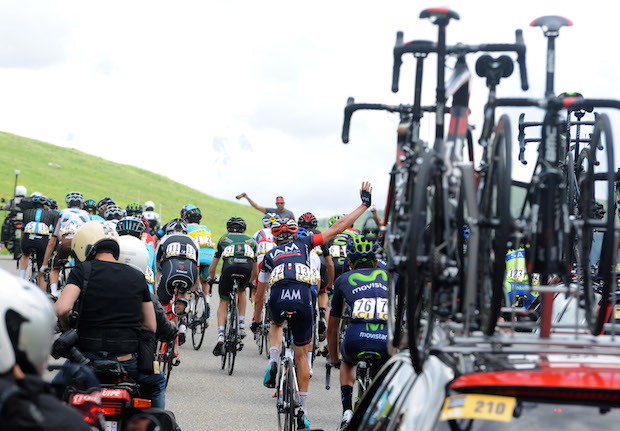 And that is the material point, since everyone at the Dauphiné still has one eye focused on the upcoming Tour.  Mathais Frank is certainly among them, according to his DS, Rik Verbrugghe:  Mathias Frank was sick.  He had already not been feeling well before the race, and Fridays stage has seriously aggravated his sinuses.  So for safety reasons, we preferred to give him a rest and not risk his participation in the Tour.  Apart from this unfortunate news, our riders have tried to be on the offensive all day Saturday.  We had two riders in the break with Marcel and Jarlinson.  I am very satisfied with the form Marcel has shown at this time, and I think he is ready for the Tour.