Eneco Tour – Stage 7 – Dries Devenyns – Honestly I’m a little disappointed with my performance, but I hope to return to my top form after the birth of our first child – 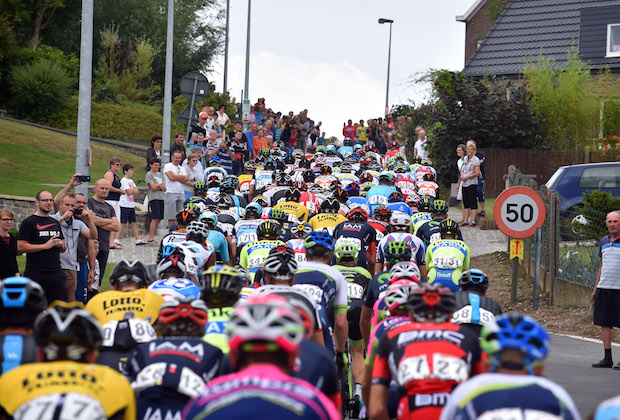 For the second consecutive year, the Eneco Tour has crowned Tim Wellens (Lotto Soudal) champion.  As the winner of the event that in 2016 will be raced at the end of September because of the Olympic Games in Rio and the delay of the World Championships in Qatar in October, the young Belgian rider succeeded in following the wheels of his protective teammates during the final stage that was won solo by Manuel Quinziato (BMC), while his teammates Greg Van Avermaet secured second on the general classification.  Racing over roads that played to the strengths of those who could do well in a Tour of Flanders, the IAM Cycling team did not quite manage to finish the week in the high style they would have preferred, though they did have strong stage performances earlier in the week thanks to Jonas Van Genechten and Matthias Brändle.  At the top of the Mur de Grammont, Heinrich Haussler managed to grab a respectable 14th place, especially considering this was his first race after a long break following his spring races.  For the overall classification, it was Reto Hollenstein who ended up being the best classed IAM Cycling rider in 15 place. 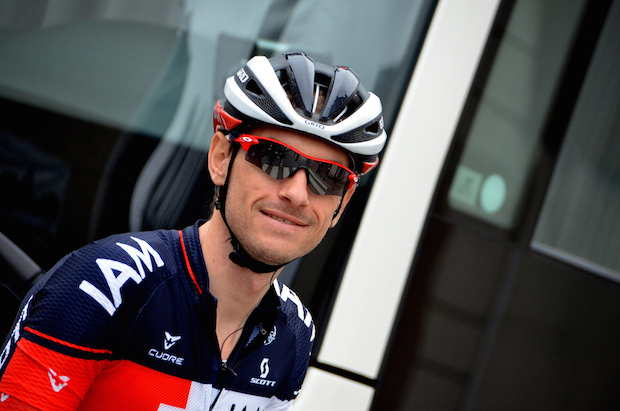 When evaluating his ride, Dries Devenyns was not looking for excuses, and confessed his dissatisfaction with his race, but also explained how happy he is with what he and his wife are anticipating within the next two weeks.  Honestly, I am a little disappointed with my performance during this Eneco Tour, but I hope to return to my top form after the birth of our first child.  Today, we missed the right move for the breakaway.  And since BMC had Quinziato up there, there werent enough strong teams with a reason to ride.  In the first round of the final circuit, I tried to get to the front and organize the other riders, but we never managed to close the gap.  Nevertheless, I felt good and was riding over my training roads.

Thierry Marichal, directeur sportif along with Rik Verbrugghe, was equally disappointed in his Belgian rider.  We had hoped that we would highlight ourselves more on this final stage, but it did not go as planned.  Not having one of our riders in the break ruined all our hopes, though Heinrich Haussler managed to salvage something with his 14th place finish.  However, we should rise to the level of this race.  While the first three stages were more or less for the sprinters, the great riders had to have the legs to tackle the time trial as well as three stages that resembled in turn the Amstel, Liège-Bastogne-Liège and the Tour of Flanders.