Giro d’Italia – Stage 16 – Sébastien Reichenbach «From the beginning of the stage on the first climb, I felt sick and was unable to keep pace with the gruppetto» 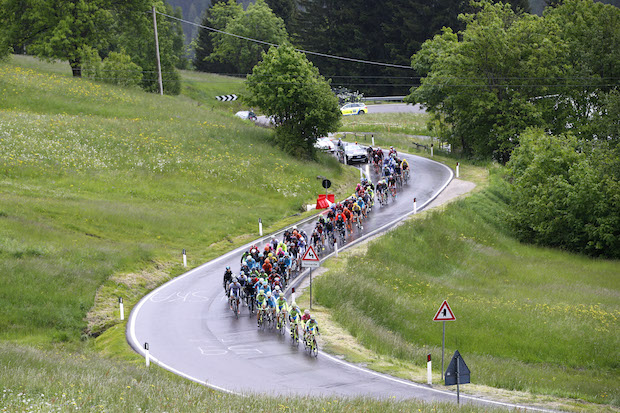 The queen stage for the 2015 Giro dItalia lived up to all expectations in terms of what impact it would have on the overall classification.  Though Mikel Landa (Astana) managed to grab top honors for the stage by winning solo at the top of Aprica, it was Alberto Contador (Tinkoff-Saxo) who made a giant leap towards keeping the pink jersey and winning the race overall.  During a day that was peppered with rain and cold conditions, which made the task at hand even more difficult, the IAM Cycling team experienced a mix of emotions.   Sébastien Reichenbach, the teams leader for the GC, who still sat in a very respectable 28th place on the leader board at the start of the 16th stage, abandoned after just 15 kilometers of racing due to digestive troubles that he had been suffering.  Nevertheless, all his teammates did find the resources to finish the stage within the time limit. 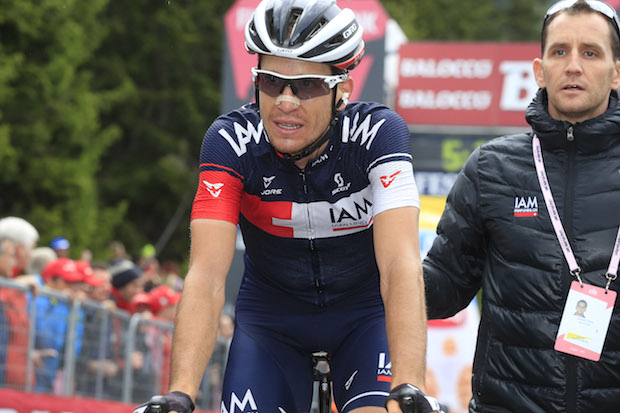 Having returned to the hotel early, Sébastien Reichenbach was more than a little disappointed in his day, and explained his reasons for abandoning.  I had a tough night.  This morning I woke up feeling odd.  I still wanted to start, but from the beginning of the first climb, I just felt really sick and was unable to keep pace even with the gruppetto.  I did give my maximum, but I was just powerless.  It did not make sense to continue under these conditions.  It is a huge disappointment because I was really looking forward to finishing my first Giro.

Rubens Bertogliati, directeur sportif along with Kjell Carlström, was in the wake of his struggling rider when climbing the Madonna di Campiglio.  His mission was doomed from the start.  I still hoped, but when I saw that he had fallen more than a kilometer behind the gruppetto even before they had crested the first categorized climb of the day, it was obvious what would happen.  This is really unfortunate because on a good day, he could have hoped to jump up into the top-20 in the overall.

Looking at the IAM Cycling riders remaining in the race, like Haussler, Saramotins, Kluge and Pineau, Bertogliati is happy that none of them missed the time cut on such an extreme day of climbing.  The guys succeeded in finding the strength to finish within the time limit and without having to dip too deeply into their reserves.  Now the goal is for everyone to finish in Milan, but above all we want still to find a way to come away with the stage win that is missing from our palmarès. We have the means, of that I am sure. 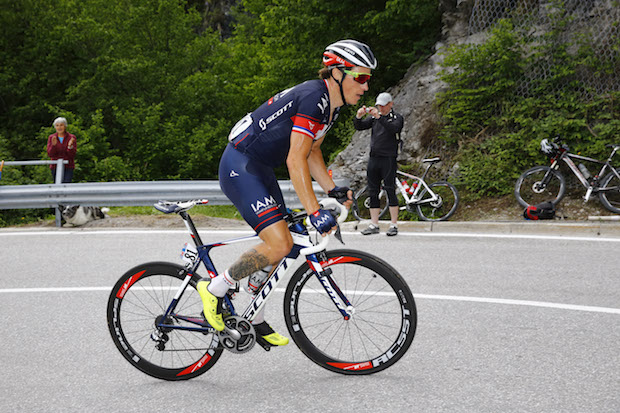