Matteo Pelucchi punctured with 11 kilometers to go. Marcel Aregger immediately gave Matteo his wheel, but we were on a little climb, and given the speed at which the peloton was racing, it was impossible for him to get back up in position, Kjell Carlström explained after the finish of the stage.  We then decided to work for Leigh Howard, but the guys failed to organize themselves properly, the directeur sportif Carlström added.  There was a strong side wind, so it was difficult to stay together and move up the pack at that speed. 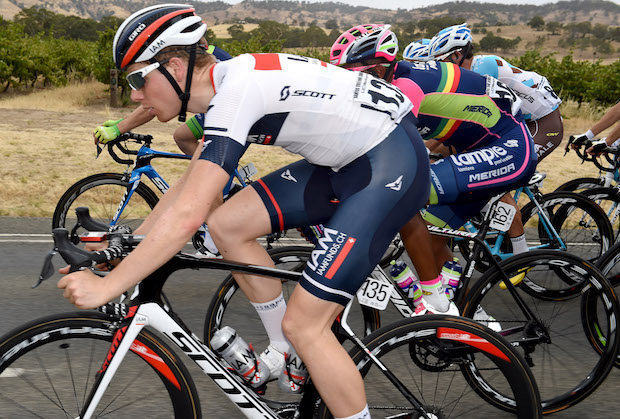 The problem for Matteo changed out plans, Aleksejs Saramotins continued.  We did not manage to reorganize ourselves quickly enough, and once the sprint was launched, we were lost.  The final was tough.  For my part, I was not trying to take part in the sprint, but just to keep my momentum.  For me to finish 14th was not the teams plan, nor was it my goal.  Only the victory interested us today. 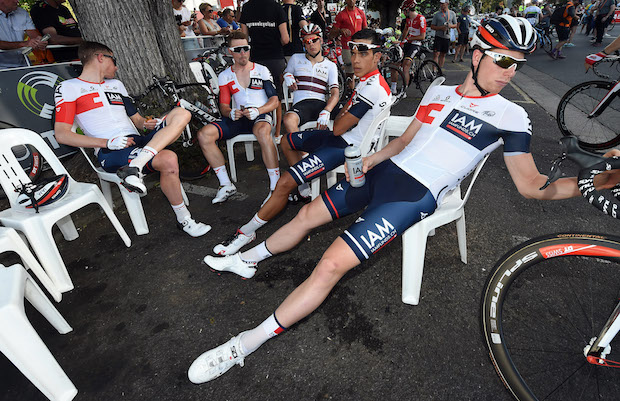 In order to fight against the heat, which was approaching 40 degrees for this first stage, the riders used ice packs to keep their body temperatures down.  Usually placed at the neck, the wrists, or inside the arm at the elbow, these packs of ice made life for the riders of IAM Cycling much more bearable.  They had ice packs from the start of the stage, and then had fresh packs placed in their musettes at the feed zone. 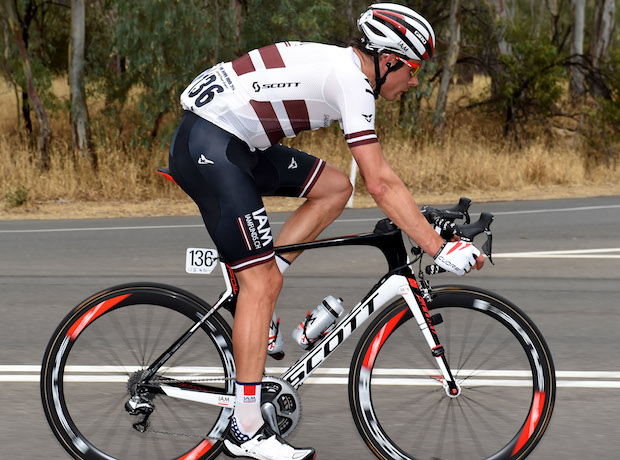 Wednesdays stage between Inlay and Stirling is a relatively short stage (132km), but offers more options for the punchier riders in the peloton. Kjell Carlström believes it will be a day for those riders more than the sprinters. Were not going to dwell on our result today, Carlström admitted.  Tomorrow is another opportunity, and is a stage that could already shake out the general classification.  We will be looking to David Tanner and Jarlinson Pantano to be among the leaders at this level.