Swiss Road Race Championships – no title, but the rest of the podium thanks to Sébastien Reichenbach (2nd) and Mathias Frank (3rd) 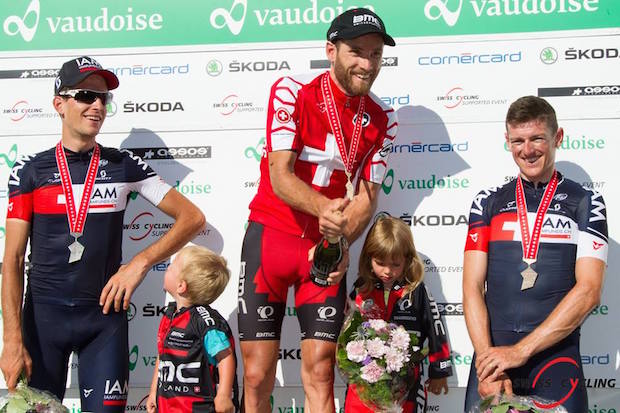 In the countryside near Zurich, Martin Elmiger was not successful in defending his Swiss Road Champions jersey that he won in 2014.  Though it was not from lack of trying since he was the instigator of a breakaway that lasted over 170 kilometers, which took at one point a maximum of five minutes advance on the peloton.  Riding with teammate Patrick Schelling and four others, Elmiger was swept up by the time the favorites began attacking.  At the finish line, Danilo Wyss (BMC) won the sprint just ahead of Sébastien Reichenbach while third place went to Mathias Frank who rolled in seconds later after Michaël Albasini crashed in the second to last corner. 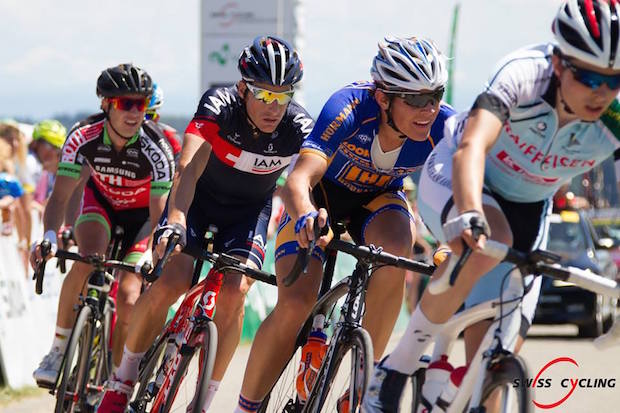 Reviewing his race, Sébastien Reichenbach regretted the outcome of the day.  We really fought from the start.  Martin Elmiger and Patrick Schelling went in a break that had no BMC riders, with eight laps to go.  So we were able to leave the work to the other teams.  On the last lap, the fireworks started, and on the descent of the last climb, I joined an attacked led by Danilo Wyss and Michael Albasini.  When I looked behind, I saw that Mathias Frank was also chasing out of the pack.  So I was reserved in joining the effort, and hoped he could bridge the seven or eight second gap.  I was sure it would not end in a sprint, but the other two were really strong and Mathias was not able to join us.  Its particularly annoying because we were really close to keeping the jersey.

Mathias Frank was able to analyze his day with his usual lucidity.  The victory is what counts with the Swiss nationals.  We did not win, so we did not meet our goals.  I felt good, and was nearly able to bridge up to the lead trio.  Its a shame, but tomorrow Ill have something else to think about.  The Tour de France is coming quickly, and I definitely want to do well there. 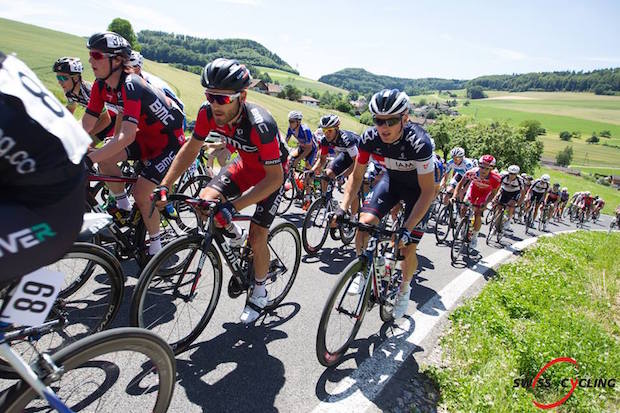 Michel Thétaz, the founder of IAM Cycling and CEO of IAM Funds, as well as Rubens Bertogliati, the directeur sportif along with Marcello Albasini, expressed hearty congratulations to the nine riders at the event, pointing to their total commitment.  Missing only was Reto Hollenstein, who overnight became the proud dad of little Livio; the young addition to the family has joined Reto and his partner Patricia.