Tour de France – Stage 12 – Jarlinson Pantano – We managed to limit the damage that Mathias suffered, though the conditions were made even more difficult with the heat, rain and sometimes hail – 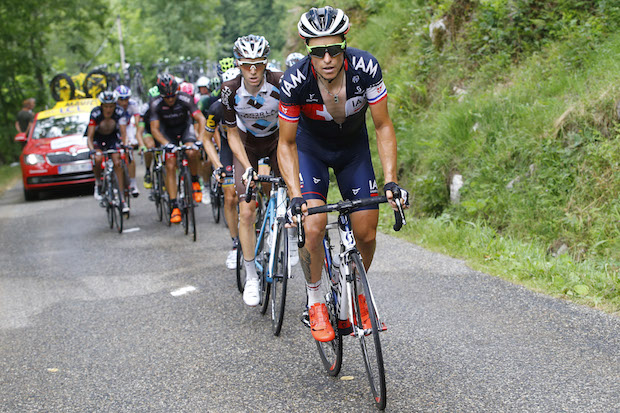 The third and final stage in the heart of the Pyrenees resulted in a solo victory by Joachim Rodriguez (Katusha).  Rodriguez already won a stage at the top of the Mur dHuy, and managed to grab his second stage of this Tour after emerging from a 170 kilometer breakaway that included 21 other riders including IAM Cyclings Jérôme Coppel and Sylvain Chavanel.  Chris Froome, who was never in difficulty despite repeated attacks from Vincenzo Nibali and Alberto Contador, is now firmly entrenched in the overall lead.

For IAM Cycling, in addition to the extended escape attempt by its two Frenchmen, who were reabsorbed by the pack with only 10 kilometers to go, the day was a bit of a wash for the team leader Mathias Frank. Dropped by the favorites with 8 kilometers still to scale on the final climb, Frank lost three minutes though he still remains in 12th place on the overall classification.  Unfortunately, a glance in the rear view mirror reveals that now hot on his heels are strong riders such as Jakob Fuglsang, Joaquim Rodriguez, and Romain Bardet. 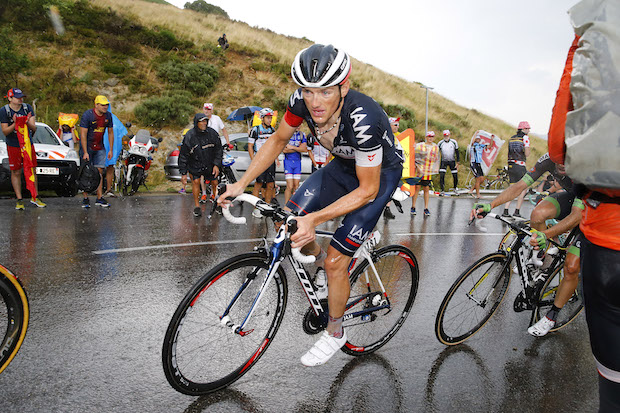 Jarlinson Pantano, who played the important role as primary support for Mathias Frank on the final two climbs, admitted that he experienced all ranges of emotions throughout the stage.  We managed to limit the damage that Mathias suffered though the conditions were made even more difficult by the heat, rain and sometimes hail.  The breakaway escaped pretty quickly, but that did not make our jobs any easier.  Sky did maintain a steady pace, and the sun literally cooked us until the rain came and dropped the temperature by 20 degrees.” 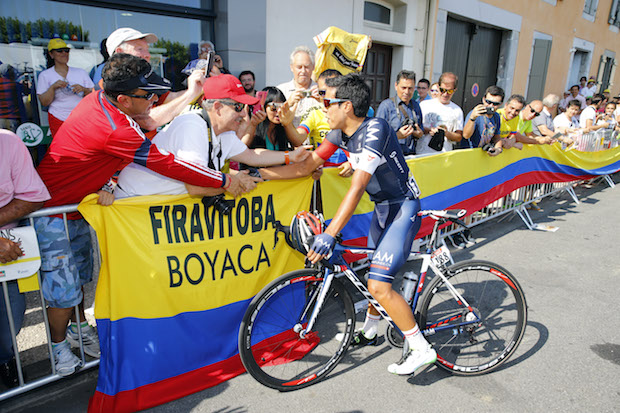 “On the climb to the Plateau de Beille, I did my best to help Mathias, and then I rode at my own pace along with Castroviejo.  I felt good, and I hope that this feeling will continue to get better and better.  The Tour is far from over, and we can still dream of a top-10.

Although Mathias Frank was unable to remain with the strongest on this stage, he was still able to analyze his performance.  I was neither worse nor better than on Wednesday, but I just cracked.  I was unable to raise my level in order to follow the pace set by Sky.

Rik Verbrugghe meanwhile played down the consequences of the time loss that Frank suffered on the general classification.  Today ended up being a wash since Mathias Frank did remain in his 12th place that he climbed to last night.  But we cant neglect the resurgence of Fuglsang and Rodriguez.  There is still a long road to Paris, and many things can still happen, even in the Massif Central, not to mention the Alps.  I would also like to highlight how strong we were on the offensive with Sylvain Chavanel and Jérôme Coppel both in the break.  But we knew it would be difficult to play for the stage win since guys like Rodriguez and Fuglsang were also there. 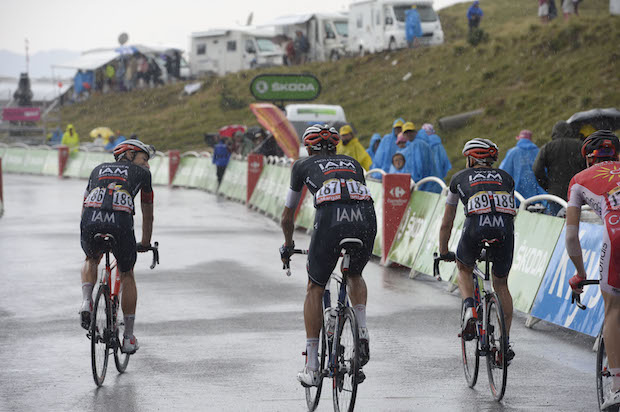