Tour de France – Stage 15 – Reto Hollenstein – First we had to reel in the break, and then I focused on protecting Mathias Frank – 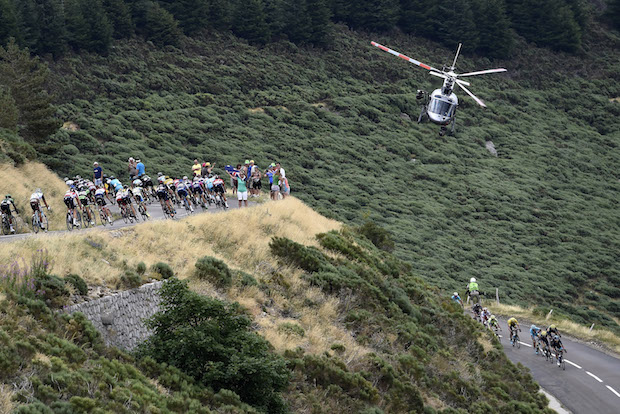 Promoted as and understood to be a transition stage, the route leading from Mende to Valence ended up being a battle between the escape artists and the sprinters.  The proof is evident in the average speed of 46.411 kilometers per hour, which André Greipel (Lotto Soudal) clocked as the eventual winner of the sprint royal against John Degenkolb (Giant Alpecin), Alexander Kristoff (Katusha) and Peter Sagan (Tinkoff-Saxo).  Arriving in the same time as the days winner, Christopher Froome (Sky) defended his yellow jersey ahead of the task of attacking in the Alps.

IAM Cycling meanwhile was absent from the days main breakaway, and so focused on protecting Mathias Frank, while Jarlinson Pantano was given leave to try his luck in the final sprint.  Though practically unaided, the 26 year old Columbian did not hesitate to rub shoulders with the fast men of the peloton, and was rewarded with an impressive 11th place after having garnered a 12th place the day before in much different circumstances at the top of Mende. 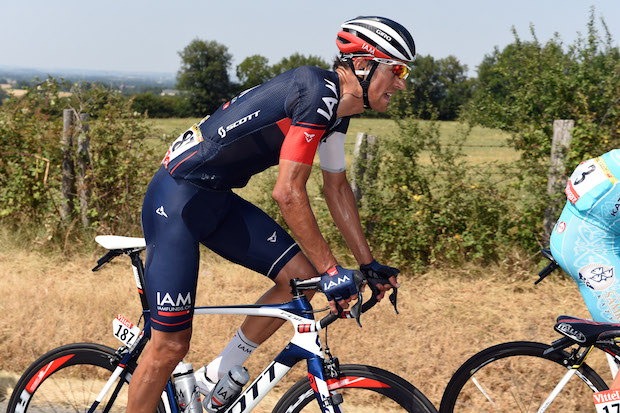 Luxury rouleur and bodyguard for Mathias Frank in the final kilometers of the stage, Reto Hollenstein took care to explain his role for this day.  We were really racing full-out all day long, and the heat was suffocating.  As we didnt have a team member in the break of 24 riders, we had to aid the attempt to bring them back with Stef Clement helping Katusha at the front.  Then a second group took off, but we hovered in the middle in order to save our energy and to keep some powder dry for the final week of racing.  In the end, I mostly helped Mathias Frank.  It is important to keep up near the front positions without getting in the way of the sprinters as a way to avoid crashing, but also to be in a good spot if any splits in the pack occur.  This worked out well for us today, and then Jarlinson mounted his own attempt to crash the sprinters party and try his luck.

Rik Verbrugghe, manager sportif accompanied by his directeurs sportifs Mario Chiesa and Eddy Seigneur, spoke frankly about how tiring the day was on account of the heat and extremely fast speed imposed by the pack.  I dont yet quite know why we missed that big break of 24 guys.  We simply missed the boat and so then had to send two of our guys up to the front to help Katusha bring it back.  Once we saw that second wave take off, we just dropped back into line.  It really was not a transitional stage, and I didnt actually see anyone who was able to save energy and keep up with the pace at the same time.  This is going to cost them for sue in the coming days, and maybe already in the arrival into Gap, since the finish is perfect for the guys who are the least cooked, like usual.