Tour de Suisse – Stage 2 – Martin Elmiger «I’m happy with my performance in my own backyard, especially since we were flying» 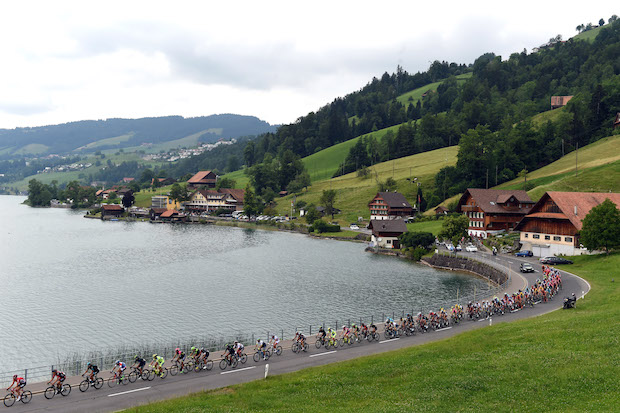 The Tour of Switzerland riders put the pedal to the medal in the first stage of the race.  The proof is that even under the hot sun of central Switzerland, the average speed (44,571 km/h) meant the winner Kristijan Durasek (Lampre-Merida) finished well before the scheduled fastest time scheduled by the organizers.  But the four seconds that the leaders took ahead of the pack was not enough to dislodge Tom Dumoulin (Giant-Alpecin) out of the yellow jersey as the overall leader.  For its part, IAM Cycling managed to limit the damage thanks to Sébastien Reichenbach who came in 16th place 14 seconds behind the winner. 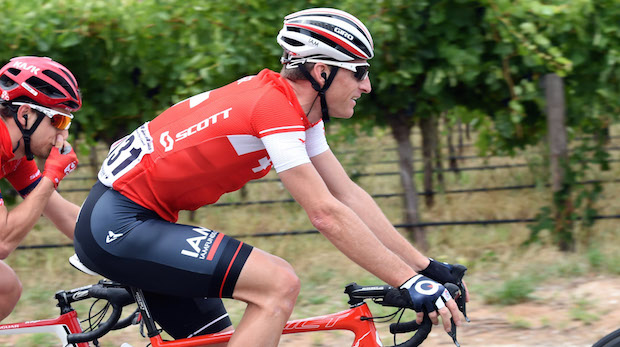 The local, Martin Elmiger (24th), remained realistic when analyzing this first real stage.  Im happy with my performance in my own backyard, even if we were going very fast.  We were really riding full gas throughout the whole afternoon.  And when it came to attacking the final cat 1 climb, I no longer had the necessary strength to stay up with the best.  But I am convinced that we have the necessary strength to go for the victory in this tour.

Kjell Carlström, directeur sportif for IAM Cycling along with Mario Chiesa, confirmed this assessment as well as highlighted the performance of Sébastien Reichenbach.  We are pleased with this first stage.  There was plenty to do with the two tough climbs that really were responsible for causing the selection.  Not to mention that a battle raged before the break was actually formed, and then afterwards as well.  The periods of respite did not do much for anyone, and in the final Sébastien Reichenbach was missing only a couple hundred meters in order to be among the best at the finish line.  The difference is minimal, and we have not had our last word.