Tour of Poland – Stage 3 – Matteo Pelucchi – My first thoughts go to my teammates because without them, I would not have been able to win again – 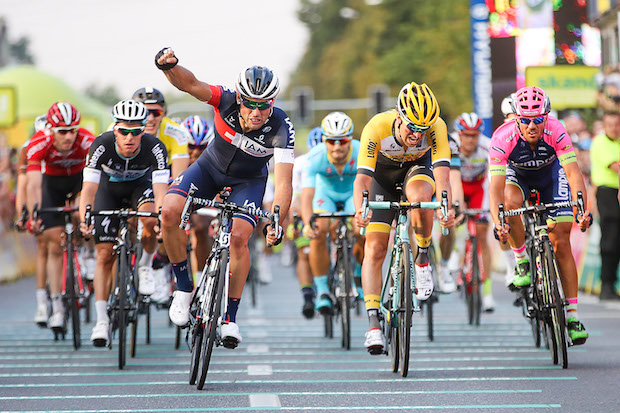 It seems that Matteo Pelucchi only needed to flip a switch; that one victory to usher in more success.  The Italian sprinter for IAM Cycling, who already won the second stage of the Tour of Poland, doubled his success on Tuesday between Zawiercie and Katowice.  Not only was Matteo Pelucchi able to rely on his remarkable speed, but also his devoted teammates in this victory.  From the beginning to the end, little by little and each in his own way, Pelucchis teammates contributed to this success for the day. 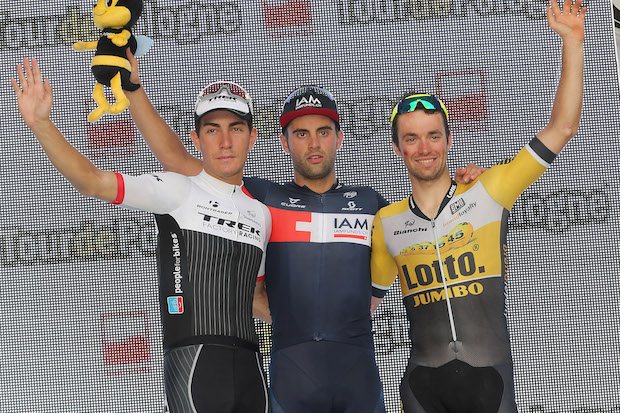 But just being a pure sprinter was not enough to win this third stage.  In order to hope to find victory, a real and methodical process was required.  For the arrival which was a slight descent, finding the right position was the prerequisite for the win.  Michel Thétazs team understood this well.  Today we tried a different tactic with the guys, and I am very glad that it paid off, explained the happy winner of the day.  Just after the false flat in the last kilometers, a small group including some very good sprinters managed to get a bit of a gap.  I was extremely fortunate to have Vicente Reynes and Roger Kluge with me.  They were able to plug the hole, and I just had to stay on their wheels.  It was perfect.  They put me in the front position, and instead of kicking my sprint off, I preferred to wait until the last possible moment to produce my top effort.  That was a good idea, but in practice I know it can be dangerous.”

“This second victory boosts my morale, but its also a great thing for the team since were all preparing for the Vuelta too.  And that is my next goal.  Yesterday I dedicated my victory to Michael Thétaz, but today my first thoughts go to my teammates because without them, I would not have had this victory.  We can still have additional success here in Poland, but for my part, I know that the next stages will be harder to pick off.  But well see how it goes, and why not try, after all. 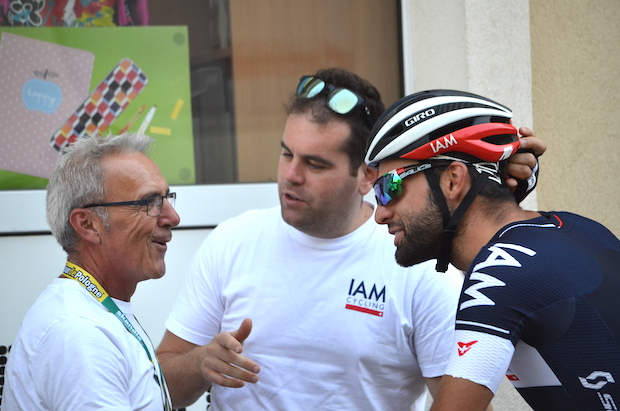 A third win in Poland would of course not displease the IAM Cycling team and Marcello Albasini.  But the Swiss trainer knows also how to appreciate the present moment.  Albasini can savor this second win with unconcealed joy, especially since he has worked so hard with his Italian sprinter.  I think the win on Monday was a result more of Matteos killer instinct in the final, Albasini confided.  But on Tuesday, his opportunity to play for the win came down much more to the enormous and excellent work that his teammates did for him.  I am truly proud of him and of the entire team.  To be honest, I cannot remember when I have seen such seamless work, cohesion, and dedication such as this team has exhibited.  Everything was perfect.  There is no doubt that the riders who did so much work off-camera were essential to this success.  Absolutely everyone on the team.  We knew Matteo was one of the best sprinters in the world. Now with this victory, he knows it himself, and his teammates know it.  And that is what we needed. 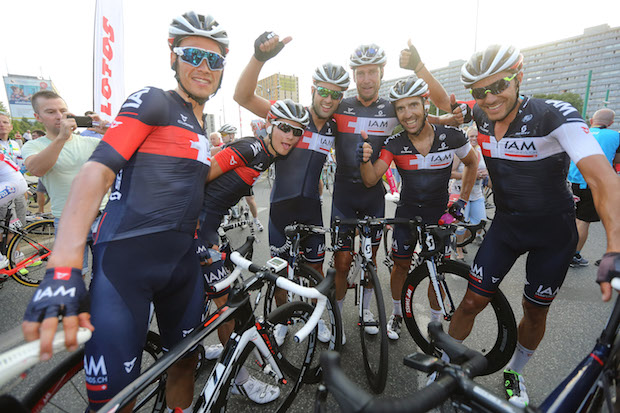