Eneco Tour – Stage 2 – Thierry Marichal – These crashes in the final were a bit of a blow to team morale, but tomorrow is another day – 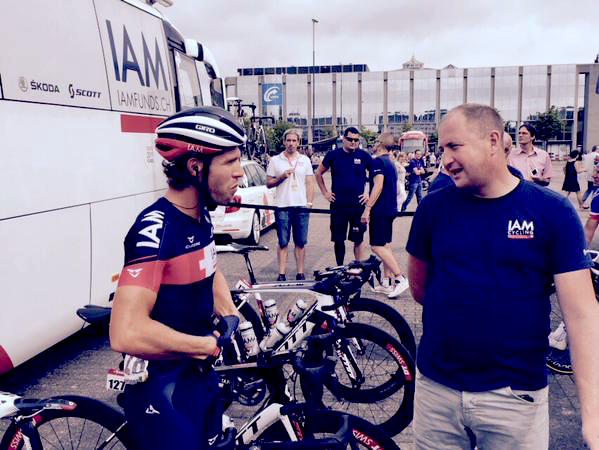 Nervousness ruled the day for the peloton at the Eneco Tour.  The second stage traced its way around Breda, and confirmed the warnings the riders had heard the day before.  This did not stop André Greipel (Lotto Soudal) from taking revenge for his mistimed sprint in the first stage.  But it was still not enough for the German sprinter to overtake the leaders red jersey. That honor fell to the Dutchman Jesper Asselman (Team Rompoot Oranje), who had been in the days breakaway and benefited from the bonus seconds he collected along the way; ample reward for having fought at the front for more than 160 kilometers.  For its part, IAM Cycling experienced mixed fortunes throughout the stage, which they had earmarked for their sprinter Jonas Van Genechten.  However, several crashes struck during the tortuous urban finale, and in the end derailed the Swiss teams best laid plans to play for the win.

Thierry Marichal, who is one of the teams directeurs sportifs along with Rik Verbrugghe, perfectly summarized the teams situation throughout the day.  The circuit around town for the final was very technical and dangerous.  It was our great misfortune not to be spared some of the bad luck.  In the last lap, several of our riders crashed.  That prevented us from having a role in the battle for the stage.  Its really disappointing because we started this WorldTour race very well and rode as a team.  But now we were not able to confirm our strength in this second stage.  Though apparently low-impact, these crashes in the final are a bit of a blow to team morale, but tomorrow we will try again. 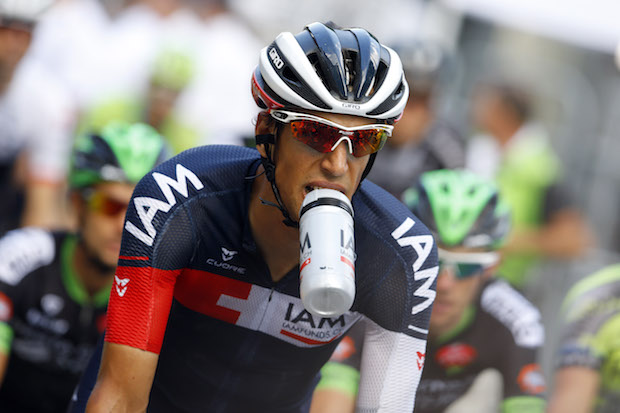 Reto Hollenstein was the first IAM Cycling rider to taste the pavement with seven kilometers to go to the finish.  However, he is not ready to surrender.  I dont know what happened except that I lost control of my bike and fell on the side.  I walked away without any real injury, but I was not able to get back to the head of the main group to lend a hand to my teammates.  Its pretty annoying because we saved ourselves the whole day to play for the win in the sprint.  But cycling has never been an exact science.  I scuffed my elbow and my right knee has lost a bit of skin, but it is nothing serious.  I certainly am still motivated to do the work that I can tomorrow and in the coming stages in order to help IAM Cycling have the success that it is capable of at the Eneco Tour.