Giro d’Italia – Stage 13 – Jérôme Pineau «Today we tired, it didn’t work, but you always have to go for it when you can» 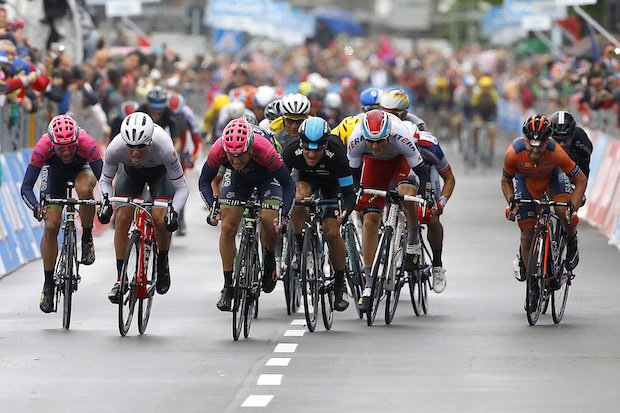 The rain continues to plague the heroes of the road at the Giro dItalia.  That has not prevented the peloton from getting down to business, as the average speed of 48km/h over the 147 kilometers of roads between Montecchio Maggiore and Jesolo is evidence.  Though the day did in fact end in a sprint victory for Sacha Modolo (Lampre), Alberto Contador (Saxo-Tinkoff) nevertheless still managed to lose his pink jersey after having been delayed 36 seconds by a crash that scattered the peloton shortly before the three kilometer marker. Fabio Aru (Astana) consequently grabbed the jersey, and now leads Contador by a handful of seconds.  IAM Cycling got some color back in its cheeks following a great performance by Jérôme Pineau in the day-long break, topped off by Heinrich Hausslers 10th place in the sprint. 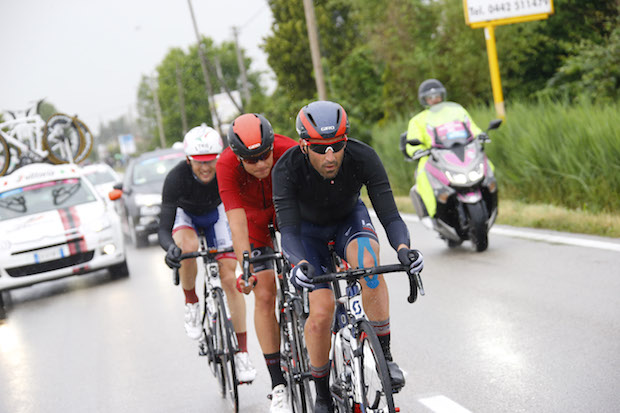 After a warm shower, Jérôme Pineau explained he was glad to have had the good sensations he felt throughout the day.  We found an opening after about two kilometers, and even if the outcome was basically a foregone conclusion, I took a great deal of pleasure in being at the front.  Since the start of the race at San Lorenzo al Mare, I have not been feeling great because I have been suffering from pretty bad allergies.  Today, we tired, it didnt work, but you always have to go for it when you can.  You never know what may happen in conditions such as these.  We never managed to take more than two minutes.  Surprisingly, it was not the sprinters teams that reeled us back, but rather the teams of the favorites.  Saxo went to the front to work, but cycling is not an exact science.”

“During my career, I have taken part in many breakaways, and not many have worked.  But either way, it never hurts to have a ride in the front to show the jersey.  We also have a mission to advertise the name of our sponsor proudly to the public.  Although its not easy to take such a stage, I was able to build my confidence by being in the break.  I will remember above all things that the legs were working well since we rode at a high speed the whole day. 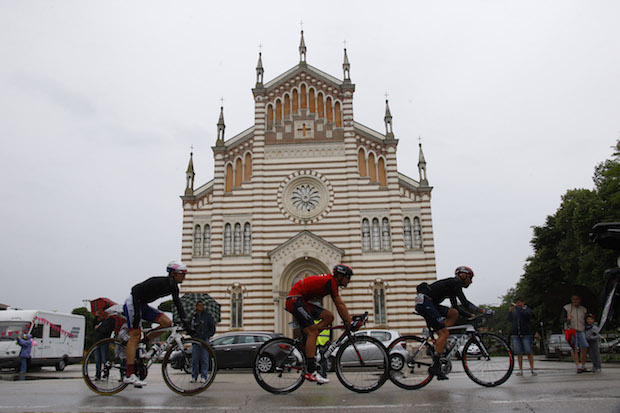 Kjell Carlström, directeur sportif along with Thierry Marichal, enjoyed his riders reactions after a difficult stage on Thursday.  I am satisfied with our day.  Jérôme Pineau found the right break, which was not easy, even if everyone knew it would be a difficult day to make the break stick.  Saxo-Tinkoff worked on the front the entire stage to control the break.  But Jérôme was still able to win a special prize along the way.  For the finale, the guys worked hard despite the soggy and slippery roads to help Heinrich Haussler.  His 10th place, therefore, is also a great satisfaction.