Tour de Suisse – Stage 3 – Stefan Denifl «I had a very difficult year, but now I know that good days are ahead of me» 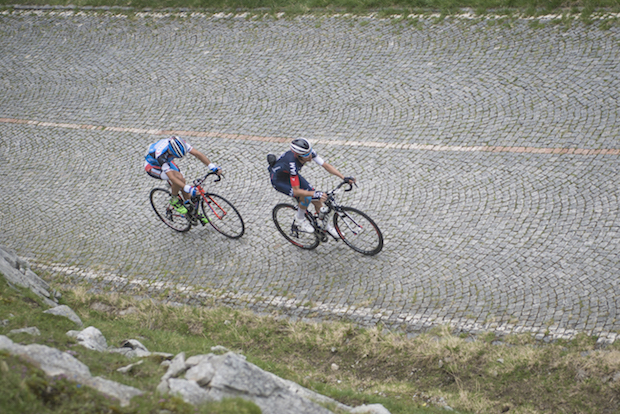 A short stage, a nervous race works to remind the riders of how hard it can be before a grand tour.  One of the great week-long stage races, the Tour of Switzerland has been no exception so far.  With the stage shortened because of the risk of landslide on the north part of the Gotthard Pass, the second stage of the Tour of Switzerland lived up to the predictions of those in-the-know.  This did not prevent the IAM Cycling team from taking a large part in the highlights throughout a beautiful day. 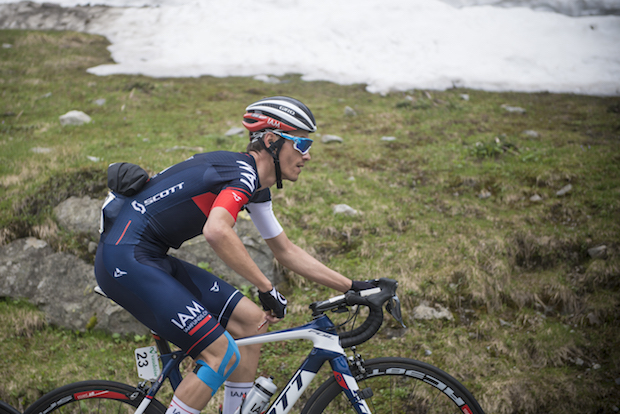 Even if Peter Sagan (Tinkoff-Saxo) ended up winning with ease using his signature bike handling skills to take the sprint in Olivone, the riders for the Swiss team did everything they could to get their first victory in a WorldTour race this year.  Stefan Denifl got the ball rolling by escaping with two other riders from the beginning of the stage. Denifl was only roped back in with less than ten kilometers to go, but he did manage to take full points on the big climbs, grabbing for himself the jersey as the leader of the king of the mountains competition.  Jérôme Coppel followed up with an attack of his own with less than two kilometers to go to the finish.

All smiles after his podium celebrations, Stefan Denifl was prepared to be very clear in analyzing his days exploits.  This morning, I was told I could try my hand.  In the team briefing, I spoke with the directeurs and my teammates, and from the first meters, I felt comfortable enough, and decided definitely to try my luck.  I want to see if my knee would hold up after months of therapy and training.  There were three of us and we all took strong pulls in order to get a reasonably good lead before the favorites finally caught us.” 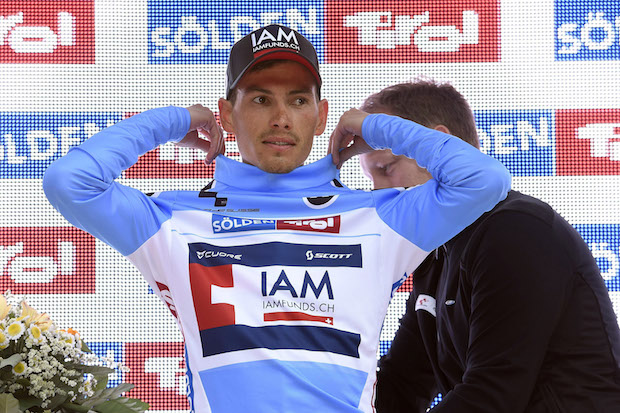 “But I am very happy with my day because I did not feel any pain.  As a bonus, I won the prize as the most combative, and then also took enough points to have the lead in the mountain jersey.  Nothing could be better for my confidence.  I have not yet had a good look at the profile for the third stage, but I hope to be able to defend my lead in the KOM, especially since well be arriving in Austria, not far from my home.  I had a very difficult year in 2014, but now I know that good days are ahead of me.

Kjell Carlström, directeur sportif along with Mario Chiesa, was also very pleased with his riders performances after the stage. The guys did everything right the entire stage.  Im glad to see Stefan back to his best.  He was not missing too much in order to stay away to the finish.  Then Jérôme Coppel also showed that his form is coming along well by having the strength to attack on the final climb.  And Sébastien Reichenbach was well placed in the lead group.  The jersey as the best climber, and the prize as the most combative have both been awarded to Stefan Denifl after the stage, which is concrete proof that IAM Cycling has the type of riders to compete with the best.