Tour of Austria – Stage 2 – David Tanner – With this kind of final and this sort of sequences of corners, it was a perfect finish for me – 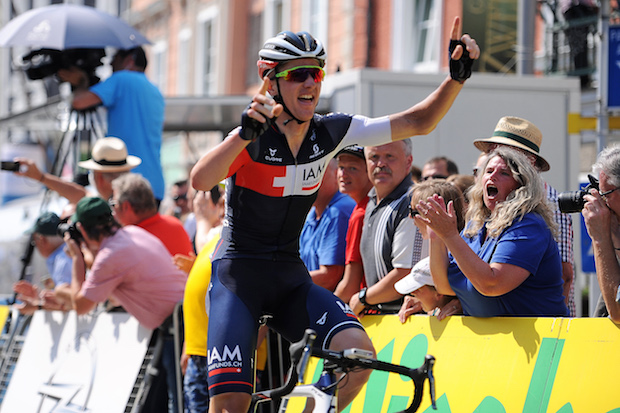 Its easy to believe that the Tour of Austria has already been quite a success for the IAM Cycling team.  After Sondre Holst Engers victory on the first stage, it was David Tanners turn to raise his arms at the end of the second stage in Grieskirchen.  Finishing solo, the Australian attacked the field with 500 meters to go to the line in a technical and slightly dangerous finale, and managed to roll in a second ahead of the next rider, to take the win.  The overall lead remains with Gerald Ciolek (MTN – Qhubeka) who has two seconds on Tanner. 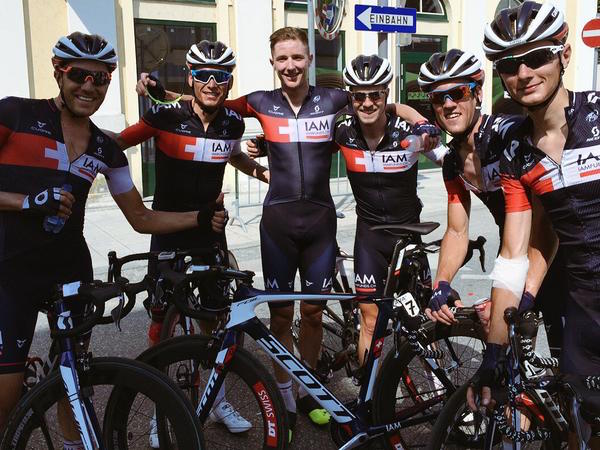 Some joys we keep well hidden, then others we want to share and celebrate.  Such was the case for David Tanner directly after crossing the finish line.  Tanner, who now lives in Monaco, immediately threw his arms around his teammates, saying Get closer, get closer.  This contact was a way to convey his and his teammates happiness, but also Tanners way to express his gratitude to everyone after an exhausting day on the bike.

listen to Tour Of Austria – stage 2 on audioBoom

It was a very difficult stage because of the heat, but we were well prepared, Tanner explained.  However, the final was much more complicated than we had previously thought.  Thats what made the selection, especially as regards the sprinters.  Sondre Holst Enger was not with the front group at the finish, so I told myself that I had to try my luck.  For several days already, I have been feeling really great.  And then with this kind of final and this sort of sequences of corners, it was a perfect finish for me.  In the last ten kilometers I said to myself please, dont panic!  Its been five years since I have been in this situation, and the more time that passes, the more stressed you get at the thought of not being able to win anymore.   On Mondays stage, I placed myself well, I took some risks, which is inevitable, and then I attacked at the right moment, and that was it.  The team did a great job, and its a pleasure to ride together.

listen to Tour of Austria – Stage 2 on audioBoom

With two wins in two days, the Swiss professional team has shown their best colors in the home country of their two riders, Matthias Brändle and Stefan Denifl. But Kjell Carlström, the directeur sportif along with Thierry Marichal, is not surprised by these good results.  Basically we had planned to work for Sondre, but we knew that the climb 45 kilometers from the finish would be very hard. So we planned on giving David Tanner a free hand in the case that Sondre would not be able to handle all the climbs.  David is in great shape, and in addition to that, the route to the finish suited him very well, which we told him at the morning team briefing.  It was not necessarily dangerous, but very technical.  For David, that was an advantage because he knows how to rub elbows with the fast men and can position himself very well.  And thats really what won him the victory in the end.